Ghazal of the Air Element

This old poem is the first ghazal I ever tried to write, when I knew very little about the form. The current Poetry Form prompt at dVerse is the ghazal – which has led me to read so much more about it that I now think I might never again give the name to anything less than the strict, classical genre! However, as the dVerse prompt does include the 'contemporary ghazal', I am curious to see if readers think this one falls into that category successfully.

[We are told: Contemporary Ghazals explore more subjects, are experimental with the 'what and where' of rhymes and refrains and don’t have a formal signature couplet. However, they do keep to single line couplets, pay attention to cadence and are associational.]


Ghazal of the Air Element

I introduce into our conversation
the subject of my death.

He decides to stop studying
and train as a nurse.

He asks where he can acquire
my poetry book.

His torch goes out; he gets lost
in the middle of a forest.

Walking through the bush
he blisters his toe.

Here at home I stub my toe and
burn my arm, which blisters.

Love oh love oh careless love …
all love is in this one.

My soul is crying and crying
the pain of my joy.

I sing on the wind and arrange
to meet you later.

I want that you should live
a fine life and strong. 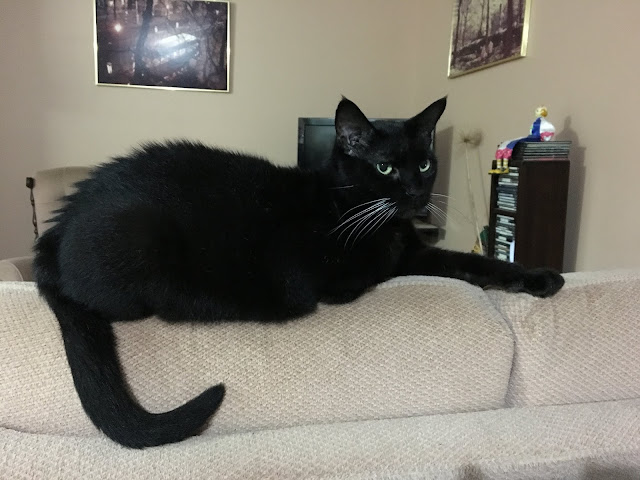 White whiskers against black fur – I miss her.
Such an elegant creature. I miss her.

She loved to play, and entice me to play.
I dangled cords, rolled balls for her. I miss her.

She climbed on the back of the old pink couch
to smooch me in the next chair. I miss her.

Although she was the smallest, slightest cat,
none had such presence, such air. I miss her.

She would seem to dematerialise
then suddenly reappear. I miss her.

At night in bed she'd lie across my thighs
(a lap's a lap anywhere). I miss her.

Not for food but as toys, she chased lizards.
Tough hides (and I) thwarted her. I miss her.

Indoors, I only had to tell her once:
'Forbidden!' – then she'd never. I miss her.

From a sweet little face, her piercing eyes
would hold me in a long stare. I miss her.

Both the house and the yard belonged to her.
She made that perfectly clear. I miss her.

She'd sit on my legs while I watched TV,
watch and listen too, and purr. I miss her.

I, Rosemary (Remembrance) forget none.
Yet let me declare – now, here, I miss her.

To build your body of light,
begin with the feet.
Close your eyes, breathe deep,
then see with your eyes shut.
See first the left foot
then the right
filled with light, encased in light,
radiant, golden, blazing.
Both your feet become pure light.

Take your time. Go slowly
up through your body:
calves, knees, thighs, belly, hips,
turning them all into light,
seeing their light – how intense! –
dwelling in that light.

Now your waist, your chest,
shoulders, elbows, forearms, hands,
and back up to the neck.
See your neck become light, your throat
fill up with light. Bit by bit,
see every part of your body
filled with, surrounded by light.

Surround your head with light.
Let light fill your jaw,
your ears, your eyes, your brain –
gradually, until you see
your whole head pulse with light.
Now you are all light.
Sit awhile in the light,
as the light. Be light.

Eventually, let the light
gently fade
from your conscious vision,
first from your head,
then neck and shoulders,
arms and hands,
chest, belly and hips,
each leg, each foot....

Yet you hold within
the invisible light.
All day, all night
it fills you, shines from you
psychically now.
Though few may see, all will feel,
and you will feel
the steady glow of your inner light.

Written for Prose Pantry #3: Phobias and Fears at Poets United. The word limit is 313; this is exactly 313 without title.

In nightmares they're gigantic – much bigger than me. (I'm only four.)

Always, one comes close, looming above me, opening its cavernous mouth. Will it engulf me whole or sever my head at the neck? At this point I always wake screaming. Dad rushes in, hugs me, and says, ’It was only a dream’. He tells me happy stories until I go back to sleep.

I grow. The nightmares stop. I remain afraid of spiders but learn to manage it.

As an adult, I discover they are telepathic. They'll cooperate with reasonable requests, if explained.

‘Don’t come close,' I beg. 'I won’t hurt you but I can't help being scared.  And when other people come, hide. They might kill you!’ The spiders oblige.

I'm in Crone years before I accept what others often remark: I'm a witch.

Uninitiated (no coven near that I know) I decide on self-dedication.

Leading up to the appointed day, I keep seeing spiders: living ones and images. The message is clear. I dedicate myself to the Goddess in Her aspect as Great Spider / Weaver.

I chance across information that the creatures of our phobias often turn out to be our totems.

Suddenly I'm sick, with inexplicable symptoms. My healer friends tune in. 'Psychic attack!' They pinpoint a 'black' witch seeking to distort my energy so as to harm through me some who offended her, via a forthcoming ceremony. I cancel it. They shield me. I recover.

Soon those friends who foiled her have close encounters with deadly spiders – but escape being bitten. It’s known that Spider is her totem. Now I understand why I was guided to put myself under the protection of Spider!

The Goddess Arachne can nullify lesser spider magic. That even extends to my friends. I’m grateful.

In my house, killing spiders is forbidden. But still I’d involuntarily shriek if one came too near.

She met us when we were new to the Caldera
and she a young thing, with a young child.
She and her man were planting a rainforest then,
where the original forest had been destroyed.

Now she’s a grandmother with a house in town
down by the river, with a lush garden (she hasn’t
stopped planting) – jungly shrubs and trees
you can eat from. She feeds herself and friends.

She’s a sprite of her garden. Also
of the mountains and waterways she visits.
Sometimes, when she’s alone in these spaces,
others of that kind will show themselves.

She paints them: ethereal, part of the landscape.
My husband Andrew never saw such beings
but they spoke to him, helped him write a story
asking us all to preserve some of their wild places.

He’s been dead seven years (I still can’t believe
it can be so long). Whenever his name arises,
she exclaims with joy, ‘God, I loved him!’
and I cry and smile, remembering.

He was angel, not faery, but close enough.
Their soul origins, their human affection,
made such a bond that on Samhain night
in my home, she looked up and saw him.

He was crossing, as he did often in life,
from corridor to bedroom – probably
just come from the study where he wrote.
He stopped to look at her, met her eyes.

A moment, a glimpse, then he disappeared.
Meanwhile I (who rarely see) felt the presence.
So quick, we couldn’t be sure. But we measured
the right height on the wall, also we pendulumed.

Yes, it was him. (Of course. Who else would it be?)
The spirits are called by love, and drawn I think
by their own love too, to visit when the veil thins....
When we say goodbye, we hug hard, she and I.

April began with a song of loss and pain,
a beautiful song, although of grief;
it filled my heart the whole month long.

This April I have walked with death
alongside poetry. Each held my hand –
sometimes one, sometimes the other.

Sometimes they held hands with each other,
and both with me; we sometimes danced
even while April rain kept falling.

All the ghosts of all the loves
drifted like shadows around our dance
or distantly kept pace along the path.

And then, on the final night of April
Samhain arrived, the feast of the dead
when the veil thins and we welcome them.

One by one they came to greet me,
then turned away at last, as death sang
more softly now into the ear of poetry.

April was a song of love, a song
to break my heart. April was a month of rain:
rain and poetry, and loved ones gone.

In the first prompt for Poems in April (2019) at 'imaginary garden with real toads', Marian included the song 'April, Come She Will' from Simon and Garfunkle, written by Paul Simon and sung beautifully by Art Garfunkle. It must be the only one of their songs I'd not heard before. I fell in love with it, played it over and over, and shared it on my facebook profile. That enabled me to notice comments on it at YouTube, about a tragic loss in Garfunkle's life. I became curious, and went on to immerse myself in Art Garfunkle via his website, his poetry, his journal-like memoir. I had always paid more attention to Paul Simon, thinking him the true creative genius of the duo, and dismissing Art as just a beautiful voice – like many people, I think, including Art himself in a generous and obviously sincere tribute in the memoir. I discovered, to my joy, a perfectly lovely man – modest, humorous, adventurous, deeply philosophical, full of integrity, impressively well-read, devoted to his family, and very creative in his own right in music, writing, and visual art.

Meanwhile, my own April was taken up in dealing with some recent deaths of loved ones and, inevitably, recalling earlier losses ... as well as finding out about one impending. The April poems, and the S&G song constantly in my head, helped me through it. Thank you, Marian and 'toads'. And of course, for a (Southern Hemisphere) Pagan like me, Samhain being the last night of April was perfect, as I could complete my April journey in a ritual to reconnect lovingly with my dead and then let them return to the spirit land.

Linking this to the first Tuesday Platform after April at 'imaginary garden'. 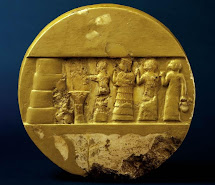 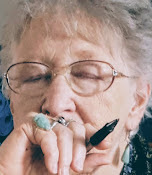 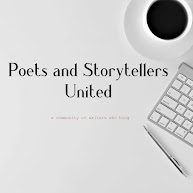