Showing posts from July, 2019
Show All

I Miss the Best Bits, Though 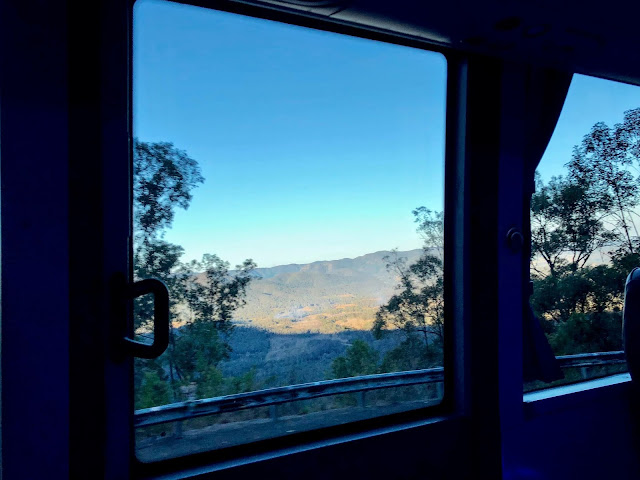 I Miss the Best Bits, Though

as the bus careens downhill somewhere between Inverell and Grafton, quicker than my camera can click – a tree with a bulbous trunk as if it grew in the outback; a bare, domed rock half the height of the tree it stands beside; a sudden bank of crags.
We have time to see, though I don’t snap, the wallaby bodies beside the road. It’s not that car drivers hit them, so much as they who hit the cars – ancient beings without road sense not needed when this continent and its creatures formed.
Now we move very slowly between thick banks of spindly trees on a one-vehicle-wide descent. It’s long. Police let a line of cars, going north or south, traverse in turn. We crawl, then finally gather speed. I miss a startling gully, deep, amongst the surrounding trees on level ground.
************
Later, back home, I discard lots of blurry shots. I notice I haven’t kept any showing a river shrunk to mud puddles after the years of drought. I wanted viewers to see and know – but after all my quick snaps co…
24 comments
Read more 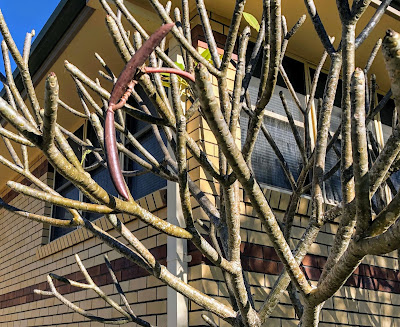 Birthing Perfume (the scent of the frangipani)
Suddenly I see, my frangipani – which has grown wide and high in my nine years living here and claiming I have any right of ownership – startlingly appears, the first time I’ve seen (else I’m unawares) to have sprouted a giant phallic symb- ol. But quite the opposite: it’s a womb! It’s a great, hardly-ever-happens pod full of new seeds, high up on a limb.… New trees, heaven-scented, will rise to God.

Written for Poets United's Midweek Motif ~ Perfume. Frangipani (plumeria) flowers have one of my favourite scents, and at present the winter bareness of mine reveals this new development, so weird and surprising that I Googled it and made the discovery I write of above.
As I'm a guest presenter at dVerse over the next few weeks, featuring Poetry Form: Dizain, I decided to write this poem in that form. I always thought the dizain came easily to me – not this time, lol! But I hope the eccentricities of this piece are at least interesting. Perhaps …
25 comments
Read more

Skinny dipping in the moonlight

in the summer ocean
swimming in our naked skins,
we float on moonlight


(I'm not responding to every prompt, so the numbering system in this series is my own.)

after the summer heat
raindrops kissing my naked body
Ah! that coolness


At Carpe Diem Haiku Kai, we are asked to create a troiku from the above source haiku. Here is mine:

Ah! that coolness
the soft breeze in our hair
as we dance 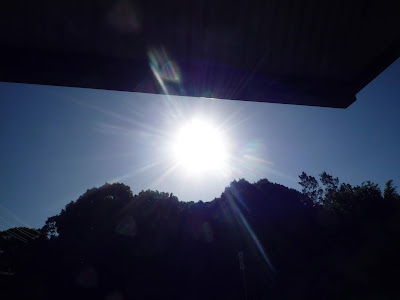 At sundown
we watch the sun erupt in a last fierce blaze, before the gentle dark enfolds us peacefully all night long.
shutting night outside I embrace your light

A 'one-bun' for Sundown in the Summer Love series at Carpe Diem Haiku Kai. A one-bun is an ultra-short haibun with one line of prose (including title) and a one-line haiku, invented by Jim Kacian. 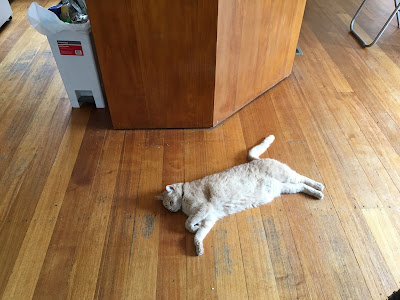 Cooling Down
summer evening opening both doors for the breeze


A prompt in the Summer Love series
at Carpe Diem Haiku Kai. 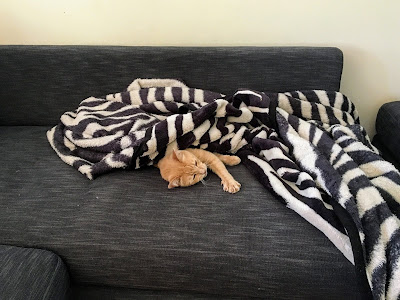 
For this prompt, Sweating, in the Summer Love series at Carpe Diem Haiku Kai, we are asked to write about steamy love without making that explicit. (My photo just seems to me to illustrate being flaked out in the heat.) 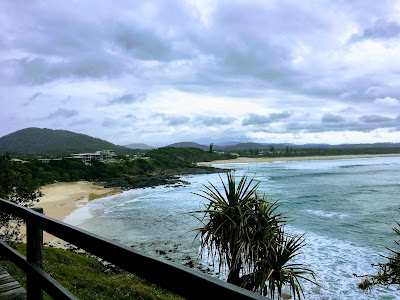 The Bracelet In This Photograph 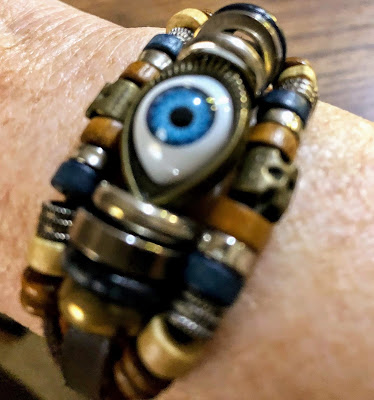 The Bracelet in This Photograph

This trinket here displayed larger than life-size, on my larger-than-life-size freckled wrist, is no mere ornament. Though I bought it on eBay very cheap, it’s a treasure; and although it’s made of common things like wood, leather, metal, and either glass or hard shiny plastic, it’s a gem.
The large, staring eye looks back at any ill-wishing gaze that might approach, invade or damage me. It mirrors and deflects
all possible intentional harm, after first  discerning same. It is a radar, it is a shield, it is a weapon, it is a spell – this strange and quirky, pretty little trinket (as you think it).

For the Just One Word: Trinket prompt at 'imaginary garden with real toads.' And directly inspired by one of Magaly Guerrero's Instagram posts on a similar bracelet.

- 13.7.19
Funny …
The Duo-rhyme is humorous. At any rate, it suits light verse. It has a twinkle in its eye. You chuckle, and you say, ‘O my!’ It does not tower up on high, so lofty it might reach the sky, but plays down here with you and I – would rather make you laugh than cry. You say it can be serious? Surely nothing could be worse!

I found this tucked away in my 'recent writings' files, dated 7 June – only five and a bit weeks ago and already forgotten. I don't recall, either, where I found instructions for the Duo-rhyme (though I have now located some at Shadow Poetry)  but evidently I tried one for fun and immediately dismissed it as a piece of nonsense. Now I've come across it again, I think it's a fun bit of nonsense, worth posting.

- 12.7.19
The Ghosts
And still they go on living in one’s head, all those we’ve said goodbye to all these years – the undeparted, ever-present dead for whom we shed so many anguished tears. I promise you that no-one disappears!

My husband wanders down the corridor from his old office which he had before: pauses, smiles, vanishes. My little cat nudges me with her head or gentle paw, invisibly. No, love's not ended yet.

Written for dVerse, where for the next few weeks I am guest hosting Poetry Form: Dizain.

Out of One's Territory [Prose]

- 8.7.19
For the Pantry of Prose at Poets United this week, we are asked to write 313 words or fewer (excluding title) about being Away from Home. This one is 313 words exactly.

Out of One’s Territory
They met on a train. He was far from home, exploring the world; exploring a society very different from what he knew.
She was beautiful. I’m sure he was charming; he could be. And she was bold, prepared to take risks for what she wanted. She longed to escape her restrictive environment. She proposed he marry her.
I imagine he thought it an adventure. Being the hero would have appealed to his ego. And she was beautiful.
I imagine she was desperate, and he her only opportunity. And he was charming. He’d have seemed financially resourceful.
He met the family. (They pretended it was a real romance.) Her mother was worried but acquiescent; her brother welcomed him as a friend. They married immediately. He was required to adopt her religion and change his name – though it was not a genuine conversion.
He had …
18 comments
Read more 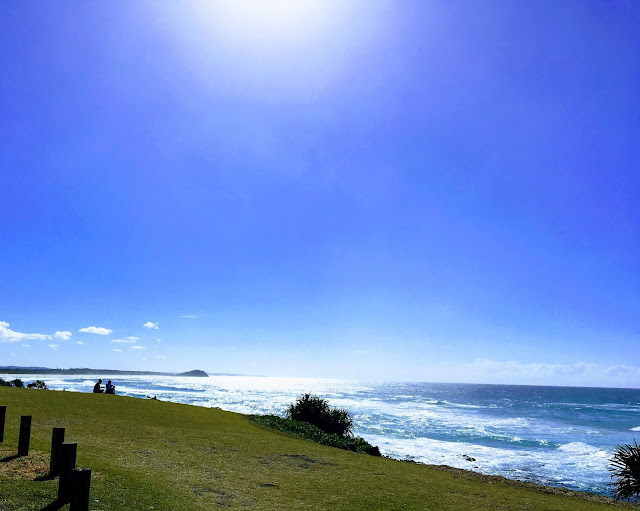 This Weekend Meditation at Carpe Diem Haiku Kai is also part of the July 'Summer Love series, and the theme is


(The photo is mine too.)
21 comments
Read more

- 6.7.19
Best
My best poem is the one I just wrote. (Except when it’s the one I’m about to write.) My best friend is named Helen, Linda, Pam, Maureen, Marian, Angela…. The best cat I ever had is every cat I ever had. The best mango, the best chocolate: I just ate.
But my best daughter is my only daughter – who was not born to me, but chose me. And the very best man of all I’ve loved is – well – each one of them; and yet some are a little sweeter than others. I confess, best of all, I love – who? You, dear!


For JULY P.E.O.D. MEMOIR CHAPBOOK CHALLENGE, July 5: BEST MOMENT. (And yes – instead I'm being slightly subversive about the idea of 'best'.) 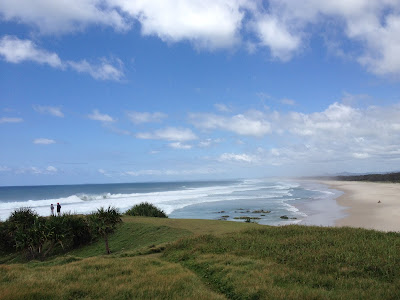 A tanka for day #5 of Summer Love at Carpe Diem Haiku Kai: 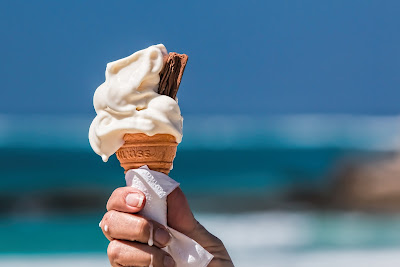 My troiku:
snow fall in belly the splash of sudden cold painfully welcome
adding lusciousness to feast slow licking tongue circles the cone
vanilla ice cream the most cooling of all for the child in me 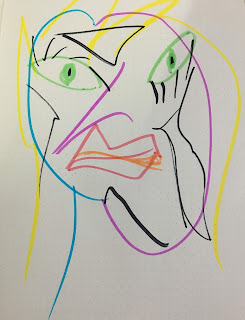 Uncertainty does not make good poems, it makes me dither and fumble. Mine is a new uncertainty, at a time when I expected none. After all these years of life, I expected to keep on knowing who I am, what I do, my ideas, my loves, the places I’ve arrived at and am well used to inhabiting – not this strange new wavering, flickering, drifting, out-of-control process of rediscovery.
Am I becoming a new me? Vistas open for a moment and beckon, seem to close over, then I glimpse them again. This repeats constantly. It's unsettling. The truth is, I am alone, and life keeps on happening rapidly: new people, new events, changes to dress and home.
Pretty soon there won’t be a trace of the me you’d know ... if you used to know me. I don’t know me.

I looked for an image of a cubist face but couldn't find one that was clearly out of copyright, so I scribbled one of my own.

What Makes Me Laugh

What Makes Me Laugh?
My funnybone gets ticklish at the ridiculous plus anything quirky (and that’s no malarkey).
A shaggy dog story also does it for me. But slapstick or farce – sorry, I’ll pass.
Adore Rowan Atkinson, loathe Mr Bean; I prefer the badder wit of Blackadder.
Love me a Goon, also a Python. I relish the movies of PJ Hogan, while Kath and Kim are wickedly Bogan.
The amazing Chris Lilley is brilliant, not silly. But the absolute kingpin is Mr Tim Minchin.
See, it’s the satirical gets me hysterical! 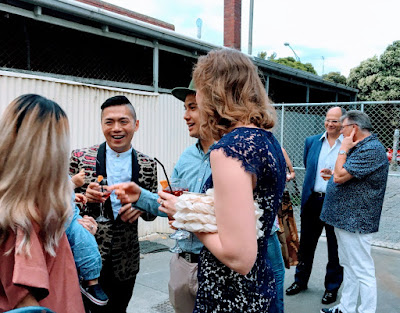 In the Summer Love series at Carpe Diem Haiku Kai today,
we are asked for 'an impromptu haiku' on 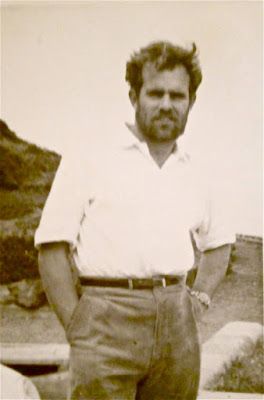 Two Hearts Together
I met a stranger at a friend's summer wedding. He had bright blue eyes, sandy-blonde hair, and a voice light but husky – intriguing.
In his tiny car, a group of us crowded in to get a lift home. I was on some fellow's knee. (That was back before seat-belts.)
Much later, he said he was surprised by envy, wanting me on his – but he'd only just met me, and of course he was driving.
When he asked me out, he told me he loved swimming. 'Oh, teach me!' I begged. He never did. At the beach I got into the water.
He was used to girls who claimed to love swimming, but they never got wet, instead lying on the sand all day, perfecting their tans.
We went on a boat, not much more than a dinghy. I sat on the side with the spray striking my neck. I'd grown up on fishing boats.
That was it for him. A girl who liked the water for real – a keeper. Twenty-seven years married, two sons, many adventures ...
He made his living from the sea: a fisherman. It provided well. We liked the beach and camping, …
5 comments
Read more 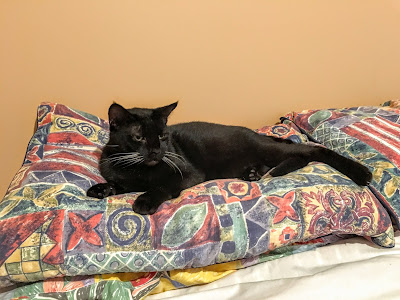 The first in the 'Summer Love' series this July at Carpe Diem Haiku Kai: an 'extreme haibun' (50 words altogether) on that theme.

Summer Love
She needed a new home. Not a young cat,she was already eight. Wary, suspicious, defensive, she gradually became secure, trusting, loving – intensely loving. And I loved her, as never before. Her various illnesses didn’t show up immediately.
Summer when she came. She left three summers later. Now, increasing cold.